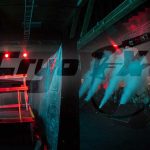 In 2004, a small event was organized in Bellevue, Washington to form a show that appealed to gamers. Also, from around the world, fans travel to PAX to discover some of the latest ideas, tips and developments within the gaming community. However, since its founding, PAX has experienced a tremendous amount of growth. In addition, to accommodate the needs for a growing list of fans; PAX now has live events that are held each year in Washington and Boston.

While debuting in the West at PAX Prime, Speedy Ninja was introduced to thousands of gamers at the Showbox SoDo. The event was held on August 28, 2015 in Seattle, Washington. As a mobile game, users may download Speedy Ninja onto Android and iOS devices. Speedy Ninja is a fast-paced adventure game featuring colorful characters that are engages in some extremely competitive missions.

Furthermore, the NetEase developed Speedy Ninja. As a Chine-based gaming firm, NetEase has developed many popular web-based games. These include World of Warcraft, StarCraft and Heroes of the Storm.

EDM DJ extraordinaire, Steve Aoki delivered a stellar performance in front of the crowd at PAX Prime 2015. While there were many new games for fans to review, DJ Steve Aoki was selected by NetEase to energize the crowd for the official launch of Speedy Ninja in the West.

Also, whether shooting a motion picture, cooling the crowd or staging a grand entrance at a large-scale event; users can trust Special Effects Equipment from CryoFX® to impress viewers with high expectations.

Contact CryoFX® at (619) 855-2796 to obtain the Co2 Products that are used by DJ Steve Aoki; and some of the most popular entertainers in the world.