What is the difference between Carbon Monoxide and Carbon Dioxide? 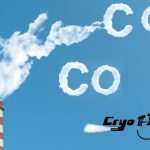 A huge number of people only possess a mere understanding of chemistry, which is why there are misconceptions around us regarding the difference between Carbon Dioxide (CO2) and Carbon Monoxide (CO). However, both of these gaseous compounds are completely apart physically and have many differences and similarities in common. In this article, we will discuss the difference between both in terms of chemical composition; uses, application, disadvantages, testing, and detection.

What are the differences? Carbon Monoxide vs Carbon Dioxide

In terms of physical properties, both the gases are invisible, colorless, odorless, and tasteless, whereas CO2 is inflammable and CO is flammable. Despite having carbon and oxygen combined, the vital difference lies in the number of oxygen atoms. CO2 comprises one carbon atom with two oxygen atoms, while CO contains one carbon and one oxygen atom in its molecule.

They differ in terms of molecular weight as CO2 possesses a molecular weight of 44.01 g/mol, whereas CO is 28.01 g/mol. CO2 occurs naturally in the atmosphere, which implies that its chemical reaction generally occurs in the presence of sunlight and oxygen. In terms of the chemical equation can be written as the following equation.

Carbon is one of the highlighted chemical elements in the element table, which is important in real life. Also, it reacts with oxygen available environmentally, forming a covalent bond and produces CO2 gas.

It is naturally present in our atmosphere. Also, carbon is excreted during breathing by animals and humans, chemical reactions, combustion of fuels, fermentation, etc. In contrast to the above, carbon monoxide features a molecule consisting of one carbon atom bonded to one oxygen atom in a triple covalent bond.

How do they affect global warming?

Despite many differences, both gases contribute significantly to global warming as both are greenhouse gases. Greenhouse gases absorb the heat from sunlight, Earth's land, and ocean surfaces and radiate this heat in the form of thermal infrared energy gradually over time, resulting in a hike in global temperature.

The effect of global warming can be better understood if we consider the fact that the average temperature of Earth's surface would be about −18 °C (0 °F) without the presence of greenhouse gases rather than the present average of 15 °C (59 °F). Among all the greenhouse gases, CO2 is the most significant as it is 80% of total greenhouse gases.

It generally absorbs and radiates heat. According to a report, in 1750, the content of CO2 was 280 Parts Per Million (PPM), which has reached its all-time highest, 419 PPM in 2021. The global average atmospheric carbon dioxide in 2020 was 413.05 PPM while the same was 409.8 PPM with a range of uncertainty of plus or minus 0.1 ppm in 2019 according to a recent survey report by National Oceanic and Atmospheric Administration (NOAA).

This difference in PPM has notably increased global warming. This much amount of atmospheric CO₂ were witnessed last time more than 3 million years ago. From 2017 to 2019, on average, the CO2 content had been increasing by 2.5 ± 0.1 PPM each year.

In the 1960s, the global growth rate of atmospheric CO2 was roughly 0.6 ± 0.1 ppm per year. Some common sources of CO2 gas are automobile exhaust, cement industry, power plant, gas processing plant, burning of fossil fuels, etc. On the other hand, CO has indirect effects on global warming. Although the percentage of CO is minute, it affects the environment and global warming exponentially. It reacts with environmentally available hydroxyl (OH) radicals responsible for decreasing the lifetime of major greenhouse gases like methane (CH4).

Thus it reduces OH abundance and indirectly increases the greenhouse gas effects. The significance of CO in global warming can also be justified because it can lead to forming ozone, a tropospheric greenhouse gas, and possesses 3% to 7%. Atmospheric carbon monoxide levels in typical urban areas are around 10 PPM, about 100 times higher than Earth's atmosphere overall.

In areas with heavy traffic, CO levels can rise to as high as 50 PPM. Some major sources of CO are generators and other gasoline-powered equipment, gas stoves, back-drafting, furnaces and chimneys, gas space heaters, etc. Incomplete combustion in an automobile engine can lead to forming CO instead of CO2. So automobile exhaust is the source of both CO2 and CO as it includes fuel combustion; however, the concentration of CO2 is much compared to CO.

What health risks do they involve?

According to a study published in the journal "Nature Sustainability," exposure to a CO2 gas level of 1000 PPM or more can invite various serious health effects to a human being.

Authors of the journal have found few common places such as crowded and poorly ventilated rooms; such as classrooms, offices and bedrooms, and air-conditioned public transport and planes; where the CO2 concentration in the environment has already been observed higher than 1000 PPM.

Some of the major health issues; including headaches, dizziness, restlessness, a tingling or pins or needles feeling; difficulty in breathing, sweating, tiredness, increased heart rate; elevated blood pressure, coma, asphyxia, and convulsions, can be caused by the presence of high CO2 content in the environment.

Exposure to CO2 levels between 2000 PPM and 3000 PPM continuously can have even severe harmful effects as this can affect human organs, including kidney calcification and bone demineralization.

In the case of CO, when an excessive amount is present in the air, the human body can replace the oxygen content in the red blood cell with CO. This may lead to serious damage to tissues called Tissue Hypoxia, which affects the body carrying oxygen in the blood. It can damage the lungs and even cause death in humans. Dull headache, weakness, dizziness, nausea or vomiting, shortness of breath, confusion, blurred vision, loss of consciousness are the common symptoms of CO poisoning.

How can we chemically distinguish?

CO2 and CO can be distinguished chemically by doing some of the easiest tests, such as combustion and solubility in alkali tests. As discussed that CO2 is non-flammable gas, and CO is a flammable gas which means CO burns with a blue-colored flame, whereas CO2 doesn't burn. In Alkali solutions like KoH or NaOH, CO2 can be found as dissolvable, whereas CO can be found insoluble.

Since we're aware of the harmful effects of both gases, accurate detection is essential. Since a major source of CO2 is industry exhaust, CO2 detection is done in real-time using various commercially available detectors. According to the required range, these detectors can be chosen for use. One of the popular industrial grade CO2 gas detectors is CDS2000A2000C, manufactured by Honeywell [1]. Its measurement range varies from 0 PPM – 2000 PPM.

Compact size and low power consumption has made it a featured product in the particular range. In this range, another popular detector is Dwyer Wall Mount Carbon Dioxide Sensor CDT [2]. It is specifically designed for application where wall mounting of the detector is needed. For a broad range such as 0 PPM to 20000 PPM, CDD4B manufactured by Greystone Energy System Inc. is a widely adopted detector for its high accuracy of ±75 PPM [3].

For applications where a portable detector is required, SAN-10 can be a very good option as it provides features like LCD on the device, programmable alarm system, compact size, and battery operation [4].

Also, for other household Co2 Detection devices, and to get a better understanding of all options, you can see some of the best co2 detectors available below:

For CO gas detection, there is also a wide range of detectors available commercially. GD250W4NB is one of the popular CO detectors manufactured by Honeywell [5].

Other than these, several detectors for CO and CO2 are commercially available, which can be chosen according to the requirement of the application, detection range, sensing method, mount type (wall-mounted or portable), etc.

Which is the more dangerous, carbon dioxide or carbon monoxide?

Regardless of the differences, it is very difficult to conclude which gas is more dangerous. Both the gases are commonly released from the combustion process of various fuels. CO2 is present in the environment naturally, whereas CO doesn't occur naturally.

As already discussed, if we consider global warming, we know that CO2 is a major component in greenhouse gases and its contribution to global warming is significant.

In contrast, the CO percentage in greenhouse gas is very low, indirectly influencing global warming. However, if we consider health risks, CO causes very severe health issues compared to CO2. Therefore, it won't be wrong to assume both gases are dangerous beyond a certain range should be in a safe range.

The entire planet is now worried about both the gases and putting efforts in a different direction towards its prevention.

Do we breathe out carbon dioxide or carbon monoxide?

Cars emit a cocktail of both, including some other gases too. The major component of vehicle exhaust is CO2. However, incomplete combustion of fuel results in CO gas. Generally, vehicles, after a certain period, release a bigger amount of CO gas.

Carbon dioxide is produced mostly from the exhale of the human being.

Can you smell carbon dioxide gas?

Carbon dioxide is odorless as far as physical characteristics are concerned; therefore, no one can smell it.

What happens if you breathe in carbon dioxide?